CyRide will be operating a "break schedule" from March 23rd - May 8, 2020.  Visit www.cyride.com/myride for detailed arrival information & thanks for riding CyRide. 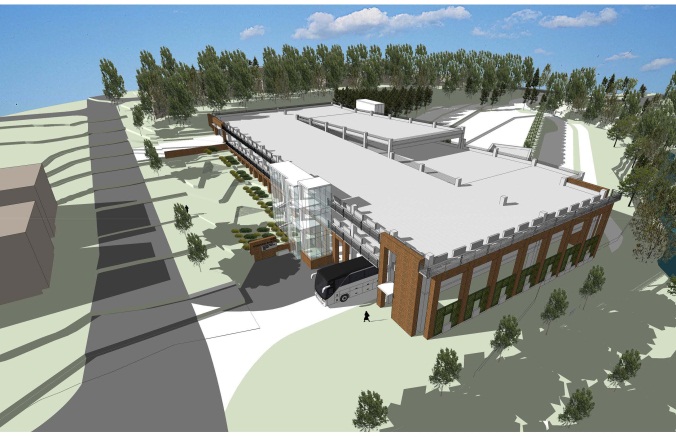 In 2006, CyRide began discussions with the university and city partners regarding the need for an Intermodal Transportation Facility for the Ames community. At that time, the intercity transportation providers’ depot (Burlington Trailways and Jefferson Lines) was located on the east outskirts of Ames, over 3 miles from a CyRide transit route, and rather inconvenient to the transit dependent that may utilize this type of transportation. At the same time, the university was experiencing parking issues due to its substantial student/faculty growth. Informal discussions ensued over the next three years regarding this project.

In May 2009, the Department of Transportation released the availability of $1.5 billion in grant funding for the Transportation Investment Generating Economic Recovery (TIGER) grant program authorized through the 2009 American Recovery & Reinvestment Act for potential projects nationwide. This TIGER grant provided a one-time opportunity to fund up to 100% of the capital costs to build an Intermodal facility for the Ames community that would accomplish two goals:  1) Coordinage transportation services in Ames and 2) Provide a catalyst for redevelopment of the Campustown Business District.

Therefore, a study committee consisting of CyRide, the City of Ames and Iowa State University staff worked diligently with consultants to identify a preferred site and conceptual plan for decision-makers.  That concept was developed into a TIGER I grant application to fulfill these long desired needs. Community involvement was essential throughout this process as the preferred site was selected in campustown.  During the summer 2009, CyRide held over 6 formal public meetings, attended numerous community group meetings discussing the project and formally defined the concept scope with stakeholder and community input.

“An Ames intermodal facility would provide user-friendly accessible connections between nearly all modes of transportation within one location for bicycles, pedestrians, carpools/vanpools, CyRide buses, intercity buses (Jefferson Lines & Burlington Trailways), Des Moines airport shuttle, and taxis. Bike lockers and shower facilities would be incorporated to support commute travel or recreational use of Ames' shared use paths as well as the ISU arboretum. An Intermodal Facility would begin to resolve connection issues and serve as a location where commuters, students and business-persons could access all transportation mode options at one location. An overall goal of the facility would also be to generate long-term economic activity and stimulate jobs in Ames. The facility would support development for Ames commercial areas and Iowa State University by adding a parking ramp component (approximately 5 levels - 750 spaces) thereby allowing more commerce and business to the community.” 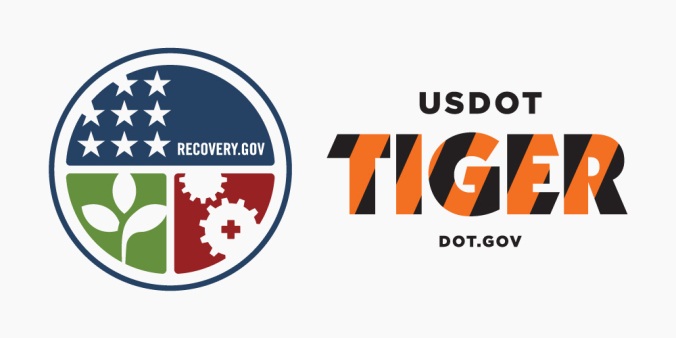 On September 10, 2009, a TIGER I grant application was submitted to the United States Department of Transportation (USDOT). Approximately 1,400 applications were submitted, of which 51 communities were awarded TIGER funding. The City of Ames/CyRide was one of the recipients and was awarded $8.463 million (20% of the initial TIGER I proposal) to construct an Intermodal facility. All recipients receiving TIGER funding may be viewed here.

After the TIGER award announcement, project partners (CyRide, Iowa State University and the City of Ames) worked with the Federal Transit Administration (FTA) to redesign the project due to its smaller budget. (20% of the federal funding requested).  The facility was redesigned to meet this smaller budget by FTA's deadline of April 19, 2010 as Phase I of the project with the possibility of a Phase II to complete the project if additional funding was identified. The last link below is the Intermodal Facility Redesign document submitted to the Federal Transit Administration (FTA) on April 19, 2010 incorporating comments from the public hearing.

On Monday, May 17, 2010, the Federal Transit Administration (FTA) approved the Ames Intermodal Facility Redesign and a Memorandum of Understanding was signed by City of Ames Mayor Anne Campbell, Iowa State University Vice President Warren Madden and FTA Regional Administrator Mokhtee Ahmad. Construction began on the Ames Intermodal Facility in March 2011 as redesigned above.

The facility officially opened in June 2012.

Click here for more information about the Ames Intermodal Facility – Phase II that will help the Ames community realize the full vision as initially conceptualized in 2006. CyRide has submitted additional TIGER grant applications, which can also be viewed in the Phase II information. If you have additional questions, please contact Shari Atwood (Transit Planner) at satwood@cyride.com or 515-292-1100.